GPnotebook no longer supports Internet Explorer. To ensure the site functions as intended, please upgrade your browser. Microsoft is encouraging users to upgrade to its more modern Edge browser for improved security and functionality.
This site is intended for healthcare professionals
Resource centre
Asthma Referral Identifier
Round-up MCQs GEMs About us TV

The natural history of myeloma is heterogeneous and the survival times may vary from few weeks to more than 20 years. According to the International Staging System (ISS) the median survival for multiple myeloma patients are

Around three quarters of people in England diagnosed with myeloma aged 15-49 survive their disease for five years or more, compared with a quarter of people diagnosed aged 80 and over (2009-2013).

Myeloma survival is improving and has quadrupled in the last 40 years in the UK. In the 1970s, around 5 in 100 people diagnosed with myeloma survived their disease beyond ten years, now it's a third 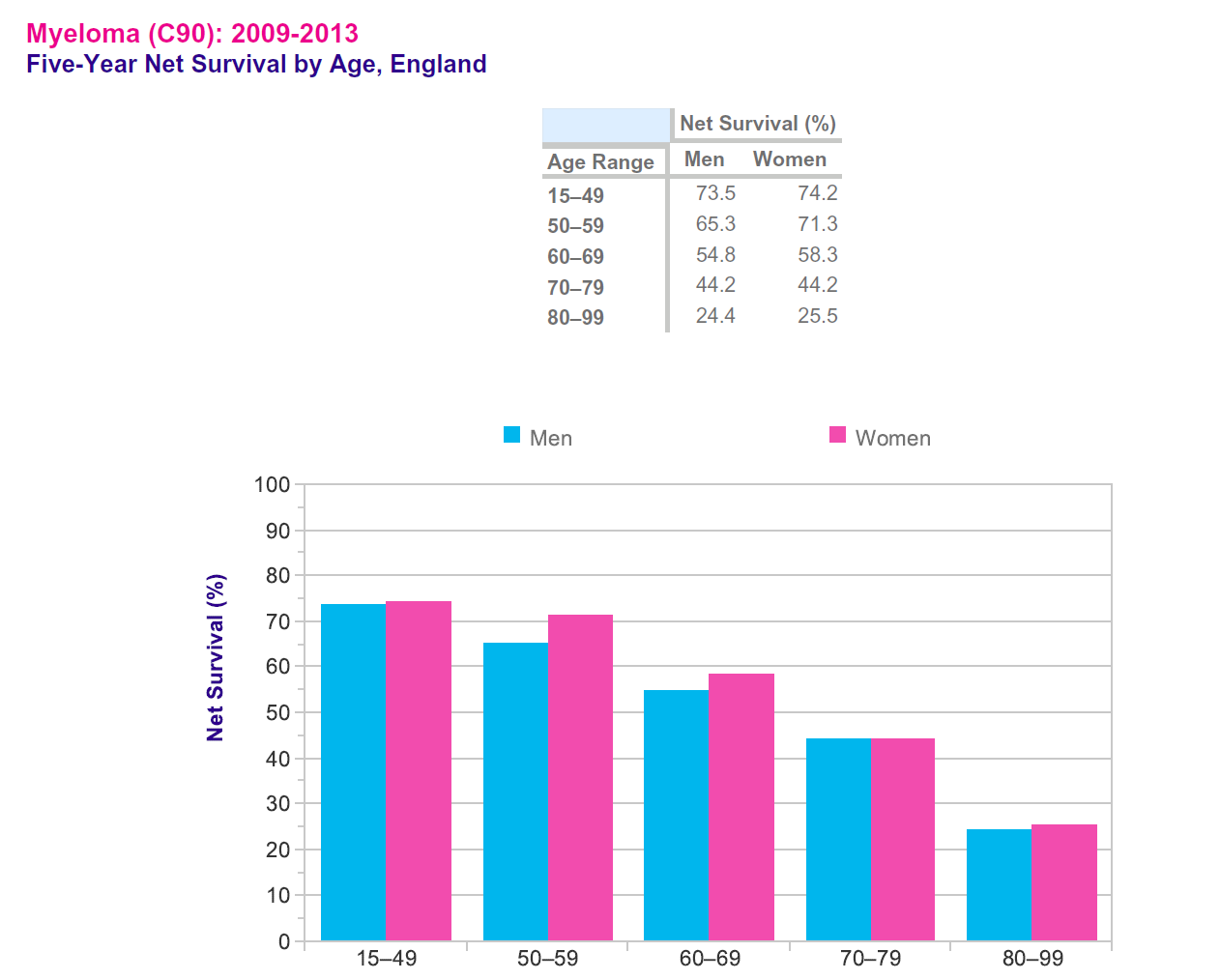 Add your personal annotation to this page:
-prognosis of multiple myeloma

Edit your personal annotation to this page:
-prognosis of multiple myeloma

Add your reflection on what you learned from this page and how it relates to your practice:
-prognosis of multiple myeloma

Please let us know your feedback regarding the page:
-prognosis of multiple myeloma