investigations of a possible UTI in a child

In the neonate a full sepsis screen must be performed since the most likely source of the infection is from the blood. The older the child and the less severe the clinical picture, the less investigations are needed.

Urine must be viewed under a microscope and cultured.

UTI is a common bacterial infection that causes illness in children, in whom it may be difficult to diagnose as the presenting symptoms are often non-specific (1,2,3).

In children, the condition is often associated with renal tract abnormalities and is most common in males in the first three months of life as a result of congenital abnormalities. In older children, females are more commonly affected. Infection in pre-school boys is often associated with renal tract abnormality. Failure to diagnose and treat UTI quickly and effectively may result in renal scarring and ultimately loss of function. The phenomenon of vesicoureteric reflux, while predisposing children to UTI, may also be caused by UTI (1):

NICE however differentiate the need for further investigation based on the age of the patient and features of the UTI (2).

The guidance concerning urine testing also varies with respect to age of the patient (2).

If both leukocyte esterase and nitrite are negative:

PHE have suggested a flow chart for diagnosis of a UTI in a child (3): 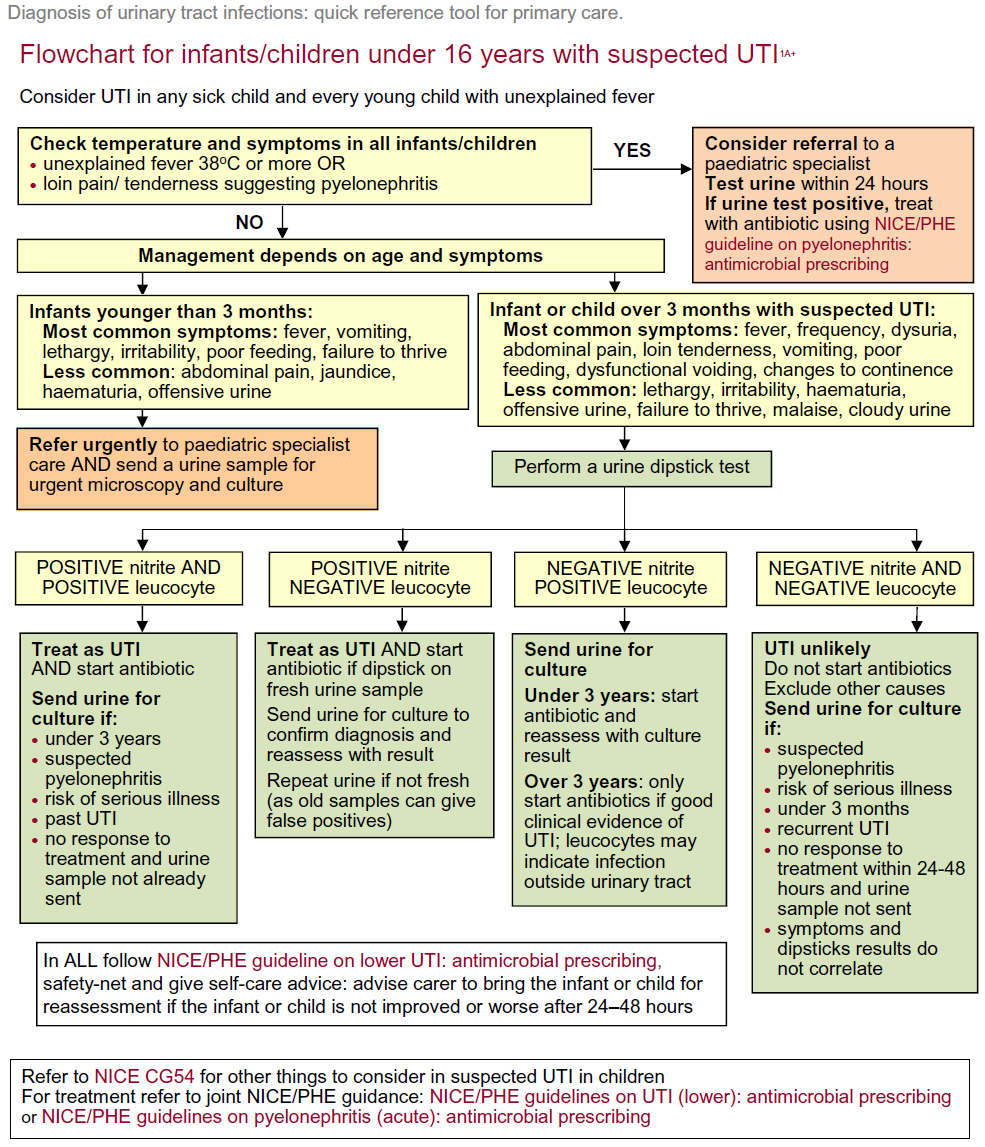 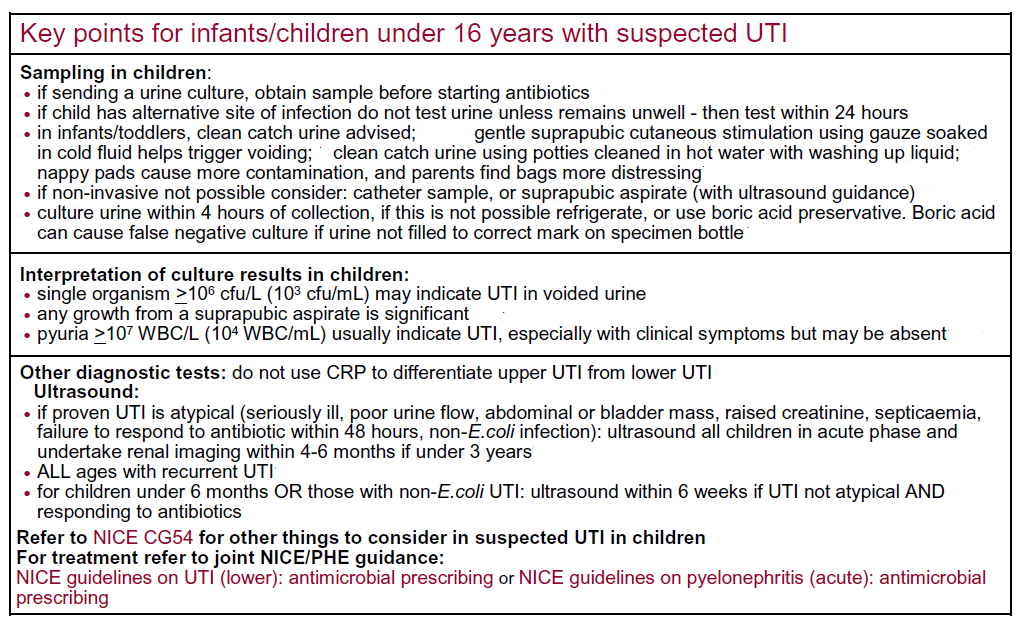 interpretation of urine microscopy in an infant or child

Add your personal annotation to this page:
-investigations of a possible UTI in a child

Edit your personal annotation to this page:
-investigations of a possible UTI in a child

Add your reflection on what you learned from this page and how it relates to your practice:
-investigations of a possible UTI in a child

Please let us know your feedback regarding the page:
-investigations of a possible UTI in a child