The organism Clostridium tetani is ubiquitous throughout the world (1). 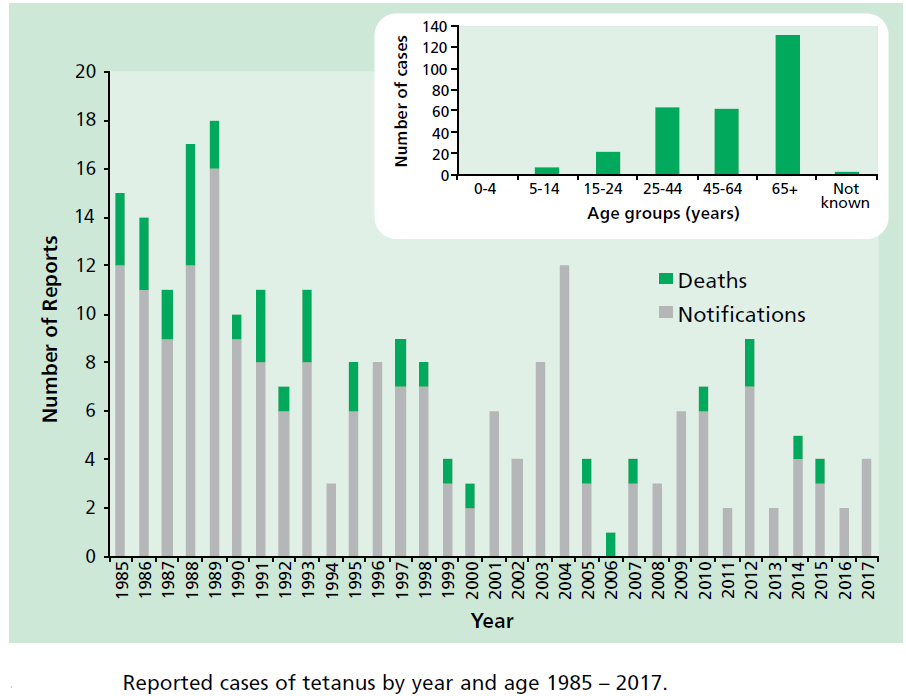 Tetanus remains an important problem especially in low-income areas, where immunisation coverage is low and unclean birth practices are common. Neonatal tetanus occurs when nonsterile instruments are used to cut the umbilical cord or when contaminated material is used to cover the umbilical stump (2).

Add your personal annotation to this page:
-epidemiology

Edit your personal annotation to this page:
-epidemiology

Add your reflection on what you learned from this page and how it relates to your practice:
-epidemiology

Please let us know your feedback regarding the page:
-epidemiology