CAUSE OF DEATH STATEMENT

This section of the certificate is divided in Parts I and II. Part I is used to show the immediate cause of death and any underlying cause or causes. Part II should be used for any significant condition or disease that contributed to the death but which is not part of the sequence leading directly to death. 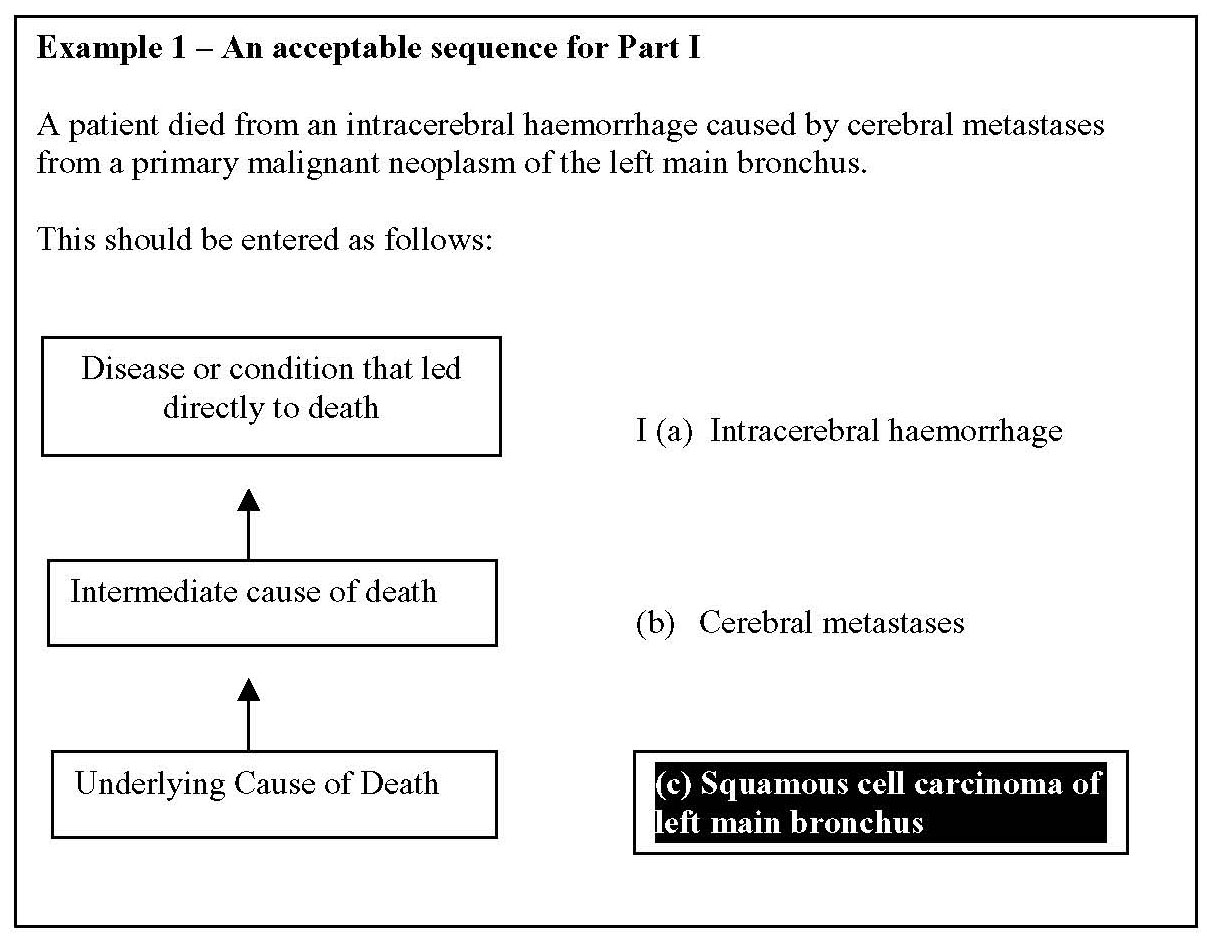 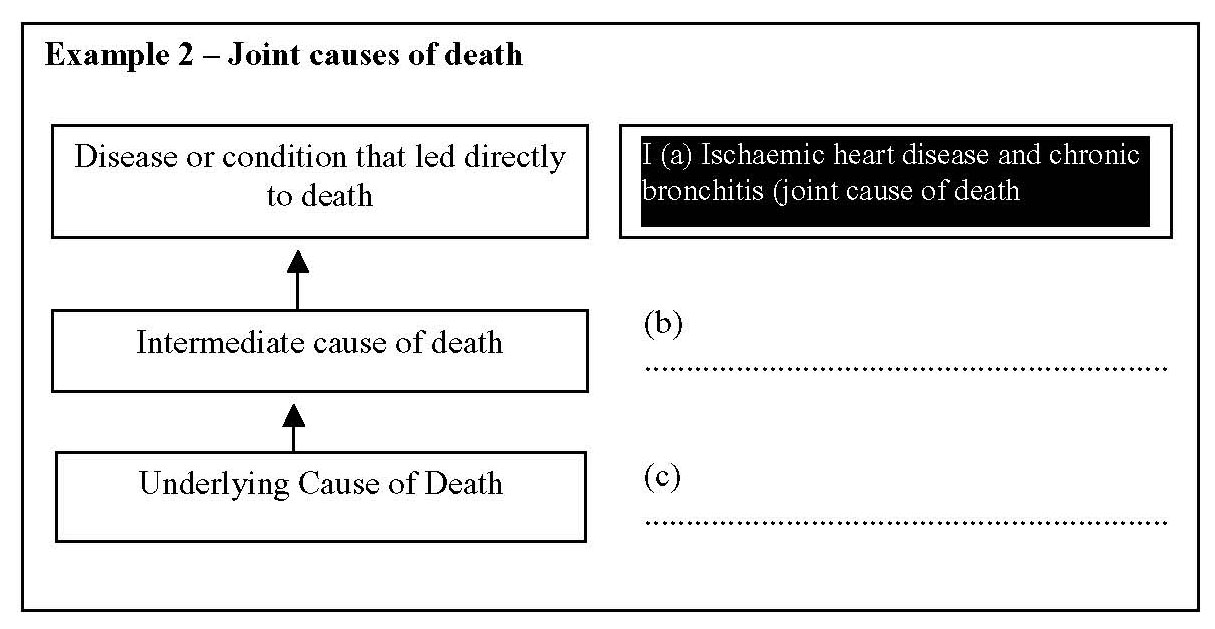 Avoid terminal events, modes of dying and other vague terms

Part II should be used when one or more conditions have contributed to death but are not part of the main causal sequence leading to death. Part II should not be used to list all conditions present at death. For example, diabetes mellitus may have hastened the death of the patient in Example 1

In this case, the certificate should be completed as follows: 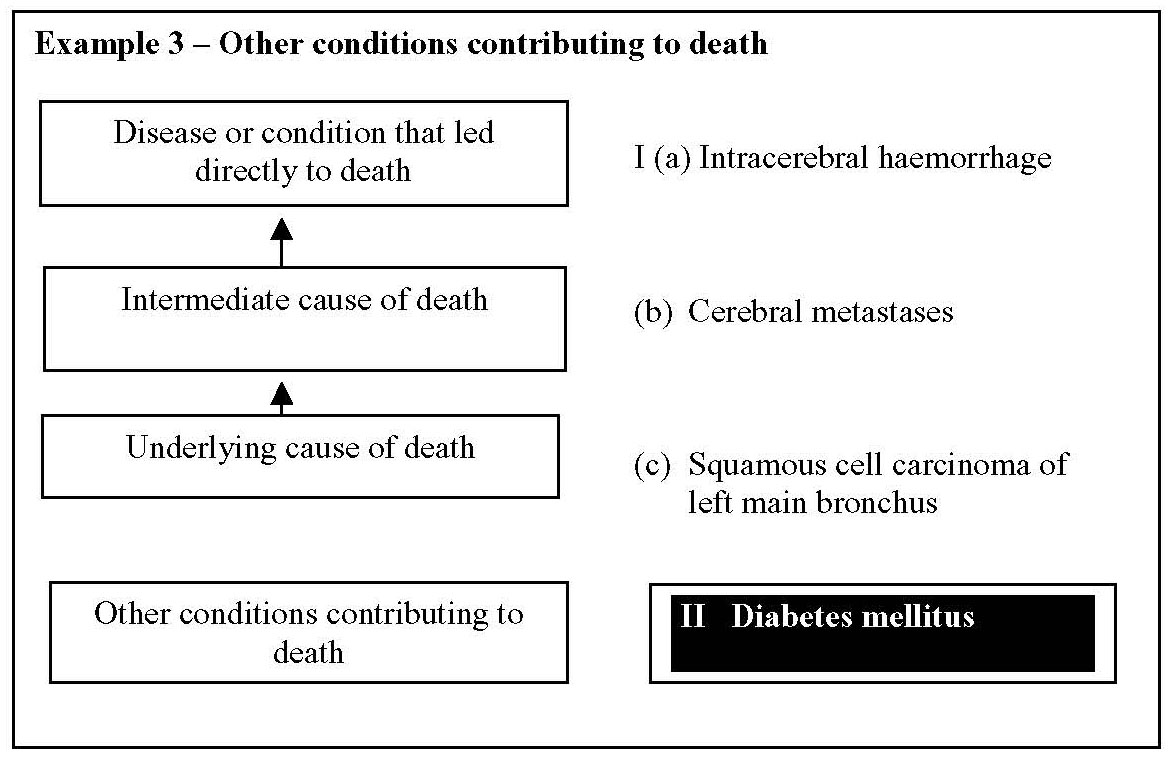 Interval between onset of conditions and death - if possible, it is also important to state the approximate interval between the onset of each condition and death for Parts I and II, as this information is used for coding purposes. For example, the following intervals might be appropriate 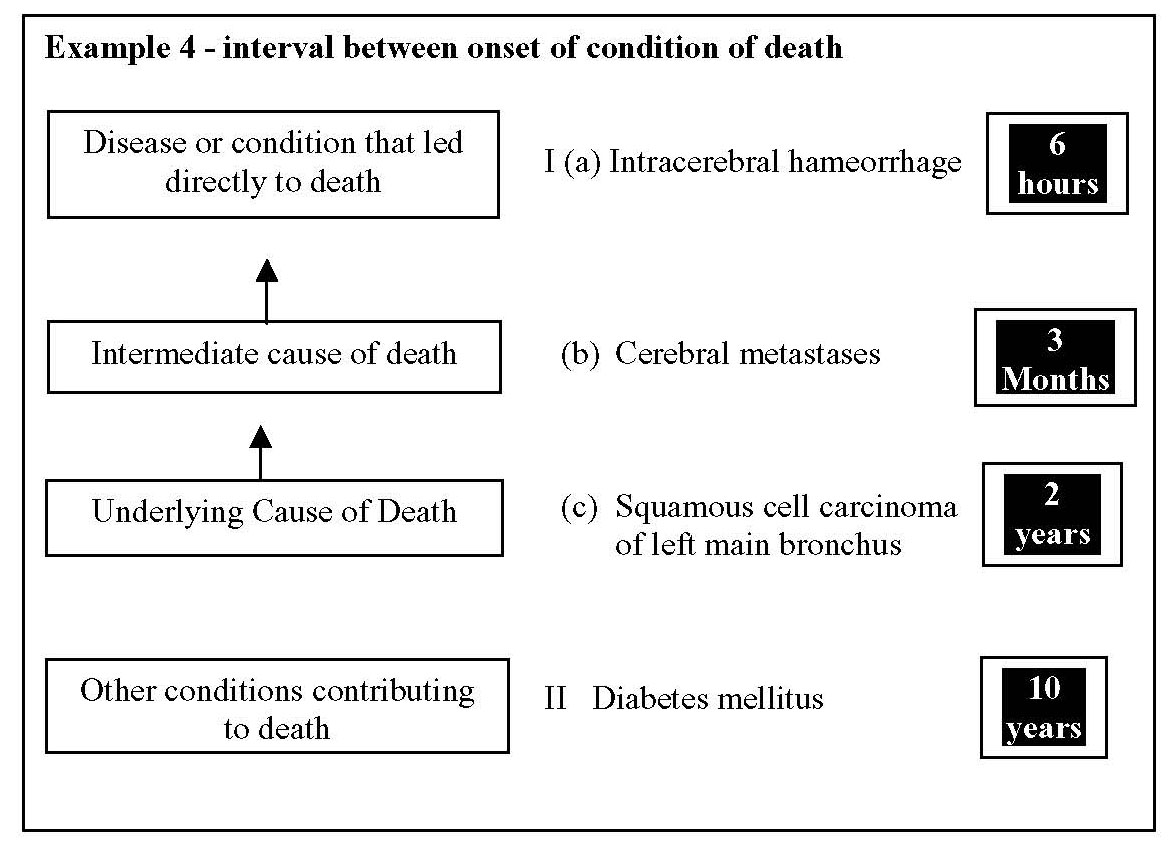 Add your personal annotation to this page:
-cause of death statement on death certicate (Part I and Part II)

Edit your personal annotation to this page:
-cause of death statement on death certicate (Part I and Part II)

Add your reflection on what you learned from this page and how it relates to your practice:
-cause of death statement on death certicate (Part I and Part II)

Please let us know your feedback regarding the page:
-cause of death statement on death certicate (Part I and Part II)