Angina is described as a clinical syndrome of chest pain or pressure that accompanies periods of myocardial ischaemia; it is usually the manifestation of coronary artery disease. It is usually aggravated by activities which increases myocardial demand for oxygen e.g. - exercise and emotional stress (1). The name is derived from the Greek 'agkone' which means strangling.

The mechanism of pain sensation is uncertain: the metabolic products of ischamia stimulate pain fibres which pass to the sympathetic ganglia between C7 and T4. The pain is then referred to the corresponding peripheral dermatomes.

The chest pain is usually a central, constricting discomfort which may radiate to the jaw, neck, or one or both arms and may be associated with shortness of breath.

SIGN state that despite a steep decline in mortality from coronary artery disease (CAD) in Scotland over the last 20 years, CAD remains one of the leading causes of death in Scotland, responsible for 7,154 deaths in 2015 (1)

SIGN have outlined the management options in suspected angina (1): 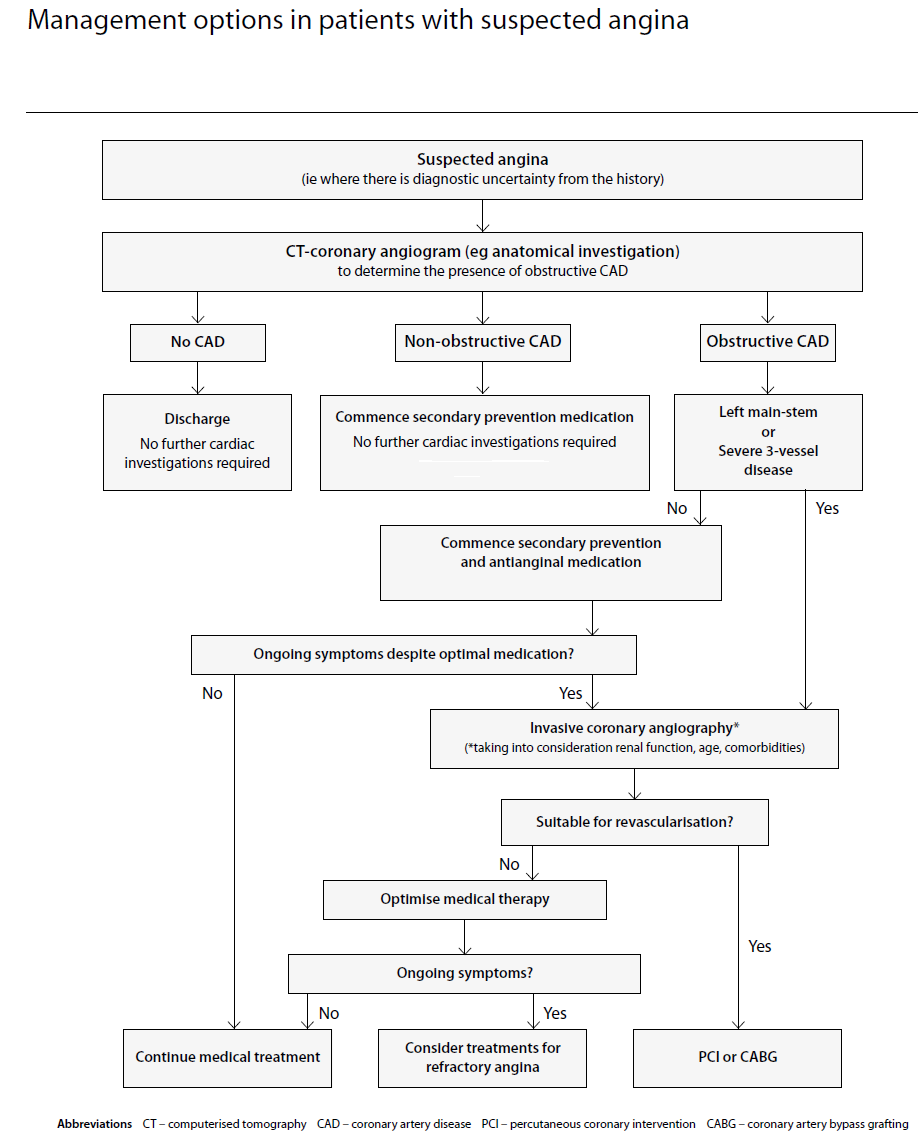 Add your reflection on what you learned from this page and how it relates to your practice:
-ischaemic heart disease (angina)

Please let us know your feedback regarding the page:
-ischaemic heart disease (angina)