In humans, malaria can be caused by different species of Plasmodium:

Humans, who are the intermediate hosts, become infected by the bite of an infected female Anopheles mosquito. 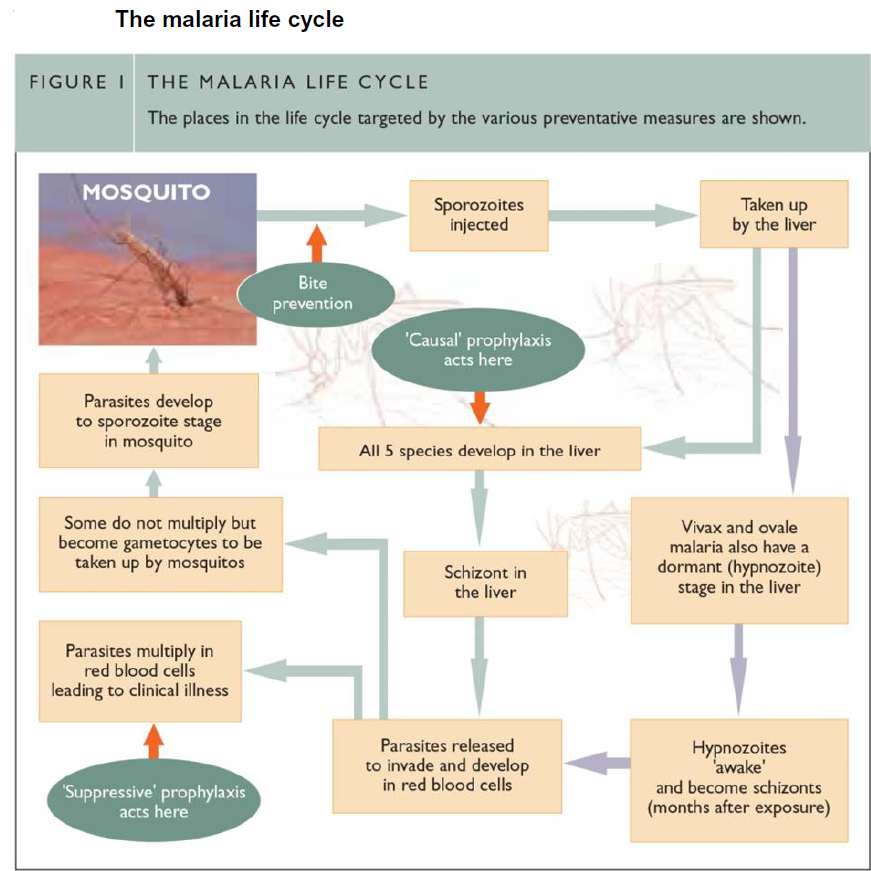 The parasite can also be transmitted by blood transfusion, transplacentally, organ transplantation and via the use of improperly cleaned syringes (3).

Add your personal annotation to this page:
-pathology

Edit your personal annotation to this page:
-pathology

Add your reflection on what you learned from this page and how it relates to your practice:
-pathology

Please let us know your feedback regarding the page:
-pathology