Malaria is a parasitic disease caused by genus Plasmodium. The parasite is spread by female Anopheles mosquitoes and five species of Plasmodium regularly infect humans:

Mixed infections with more than 1 species of malaria parasite are not commonly reported (11 in 2017).

In recent years, the incidence of P. vivax in UK travellers has dropped, but in regions where it is a problem, the risk of acquiring vivax malaria is year round. 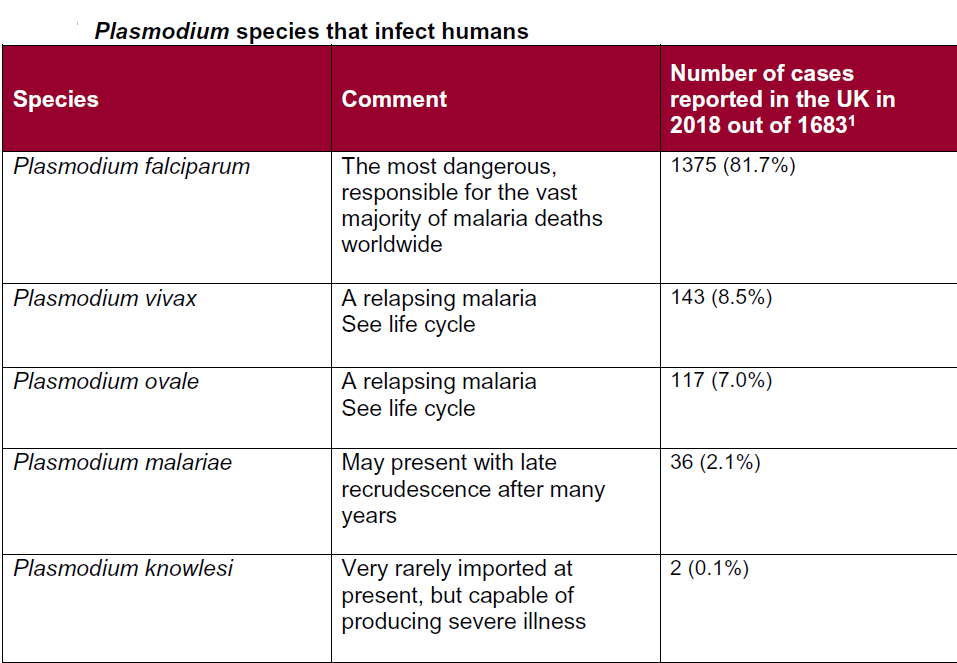 P. falciparum malaria is the most severe being characterised by paroxysms of chills, sweats and haemolysis. Cerebral malaria is a potentially fatal complication.

Malaria may also be transmitted by blood transfusion and transplacentally. Another possible means of transmission is via so-called 'airport malaria' where infected mosquitoes have been transported by air.

Rarely malaria can occur in people without a travel history which is known as "cryptic" malaria (2).

Malaria is a statutorily notifiable disease in England and Wales (1).

Add your personal annotation to this page:
-malaria

Edit your personal annotation to this page:
-malaria

Add your reflection on what you learned from this page and how it relates to your practice:
-malaria

Please let us know your feedback regarding the page:
-malaria