The main determinants of prognosis for malignant melanoma are the tumour thickness, measured from the overlying granular layer of the epidermis to the deepest easily identifiable tumour cells - the Breslow thickness, and the presence of ulceration of the primary tumour.

In the American Joint Committee on Cancer (AJCC) 2002 Staging system for malignant melanoma (1) there is less significance with respect the level of invasion (Clark's levels) in prognosis. Analysis of histopathologic features of melanoma comparing Clark's level and Breslow's depth have shown that the actual tumour thickness is more predictive of outcome. However there is an instance in which Clark's level invasion continues to carry prognostic information: In patients with 'thin' (<1.0 mm) melanoma, Clark's level IV or V lesion portends a worse prognosis. For this reason, pathologists need to continue to include Clark's level along with tumour thickness and ulceration in the histology report of the primary melanoma 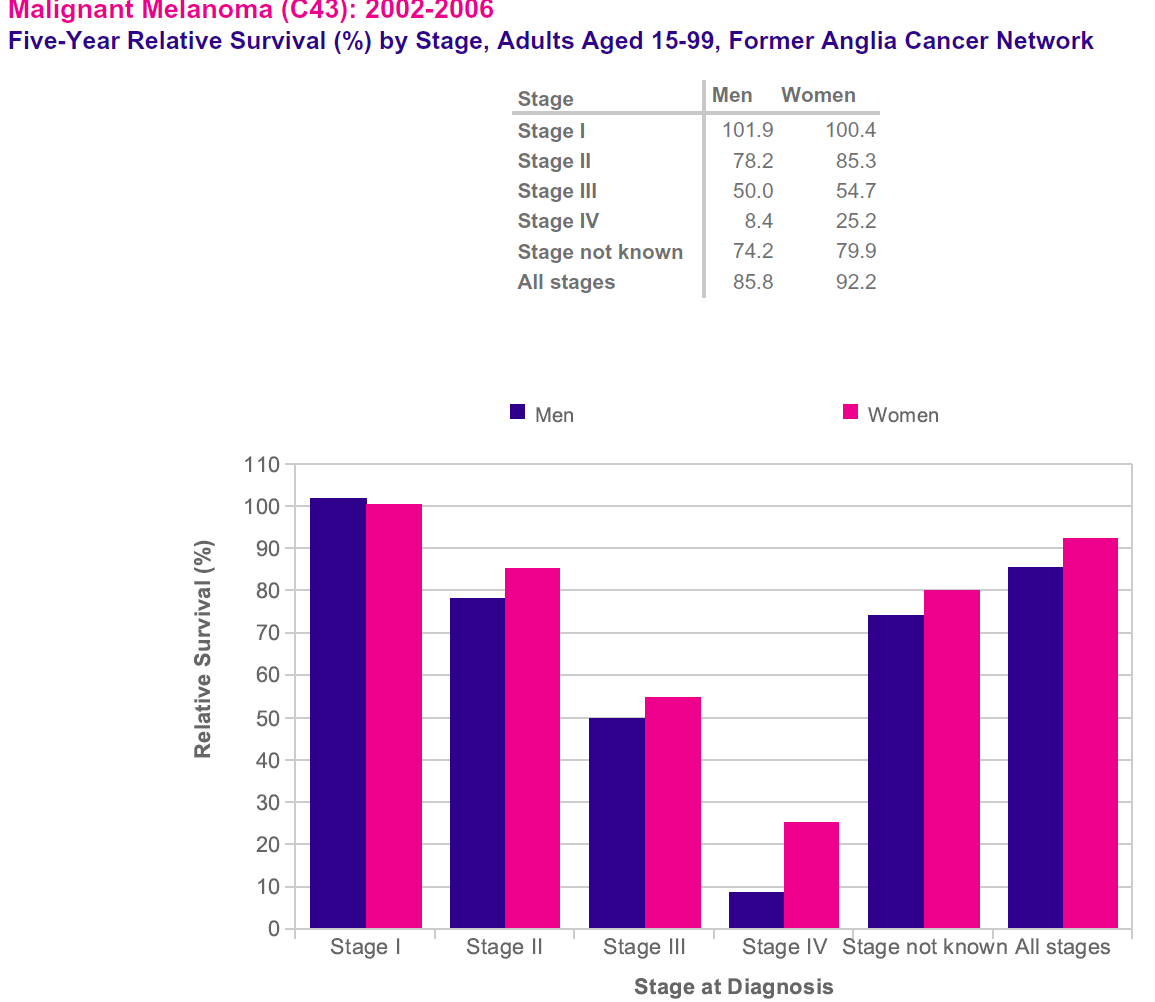 Add your personal annotation to this page:
-prognosis

Edit your personal annotation to this page:
-prognosis

Add your reflection on what you learned from this page and how it relates to your practice:
-prognosis

Please let us know your feedback regarding the page:
-prognosis