Measles is a clinical diagnosis. (although in UK this has a low positive predictive value since the incidence of measles is low) (1)

Diagnosis should be confirmed by laboratory testing in suspected cases (1). The following non-invasive methods can be used: 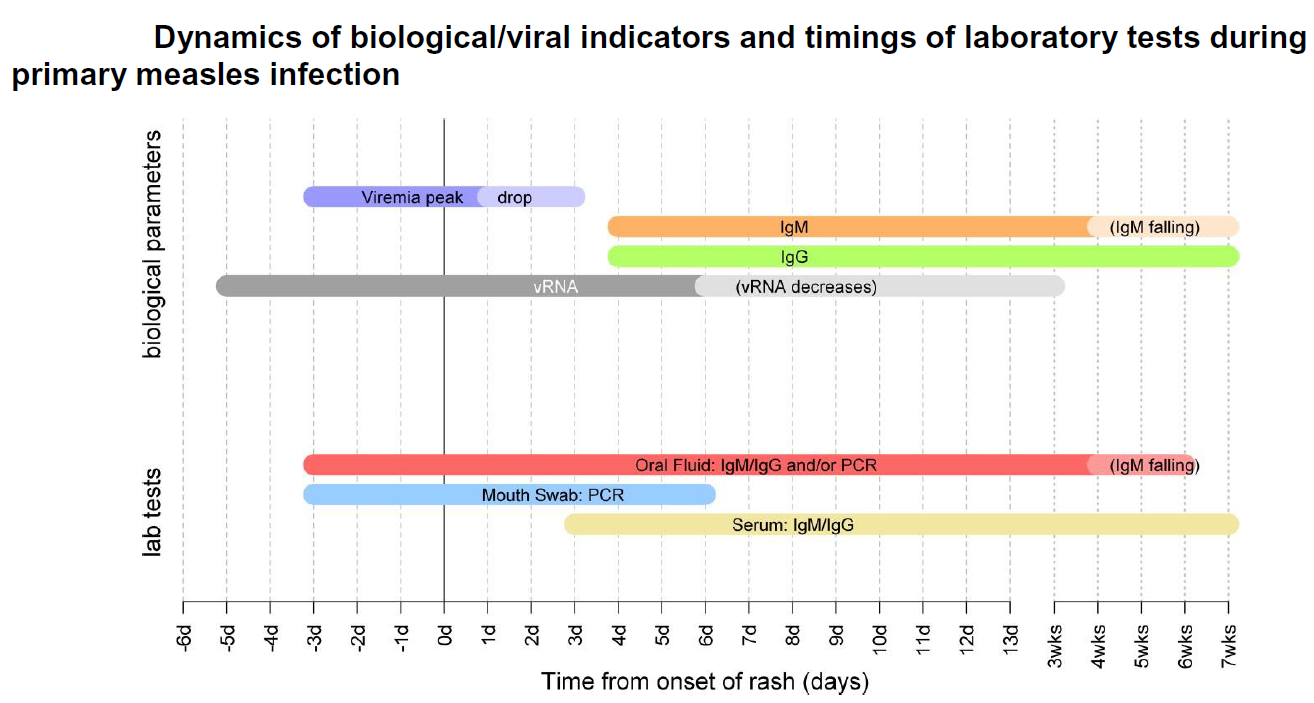 Add your personal annotation to this page:
-investigations

Edit your personal annotation to this page:
-investigations

Add your reflection on what you learned from this page and how it relates to your practice:
-investigations

Please let us know your feedback regarding the page:
-investigations