Efficacy of FIT in detection of colorectal cancer (CRC) over gFOBT (1,2)

The use of FIT in the UK is proposed in three different settings - with different specified levels of haemoglobin in the faecal sample tested:

CRUK summary regarding FIT in bowel screening versus symptomatic: 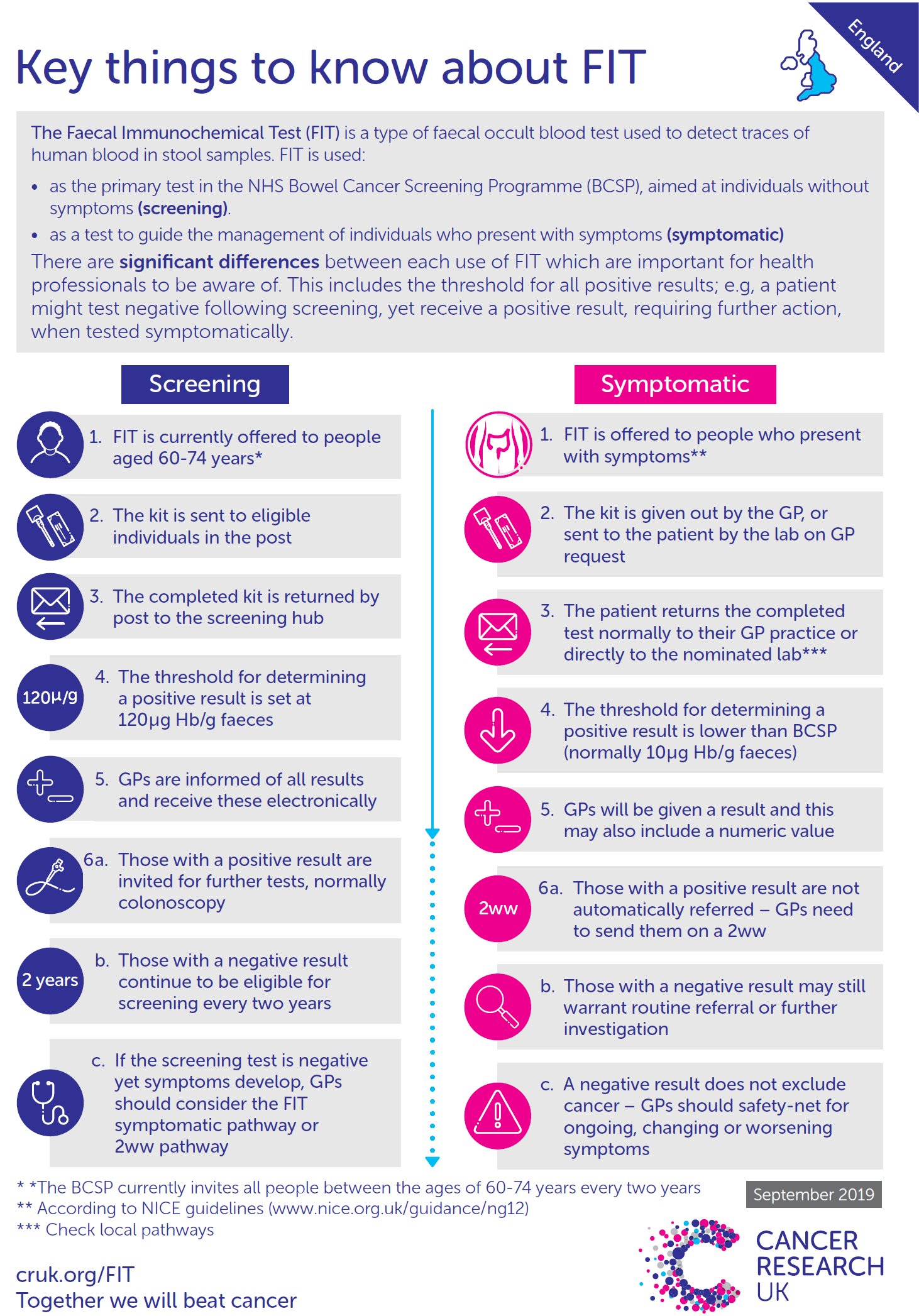 FIT as screening or triage of 2ww lower GI referrals

Add your personal annotation to this page:
-faecal immunochemical tests (FIT) for hemoglobin and detection of bowel cancer

Edit your personal annotation to this page:
-faecal immunochemical tests (FIT) for hemoglobin and detection of bowel cancer

Add your reflection on what you learned from this page and how it relates to your practice:
-faecal immunochemical tests (FIT) for hemoglobin and detection of bowel cancer

Please let us know your feedback regarding the page:
-faecal immunochemical tests (FIT) for hemoglobin and detection of bowel cancer